Female Genital Mutilation (FGM), A procedure that is cruel, inhumane and degrading. 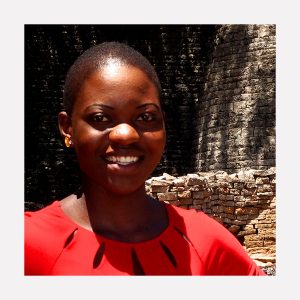 In the past few years I had the privilege of working with disadvantaged women in my local community and this exposed me to the harsh realities of not giving a girl child good education and the effects of Female Genital Mutilation (FGM). Many of the women I encountered had little or no education at all and yet it is commonly understood that, “if you educate a girl child, you educate the whole community”.

If everyone agrees that investing in a girl’s education is investing in a nation, the society needs to wake up to the consequences of not educating a girl child. This is key to escape poverty, have good health and a more productive life in which the girl child knows their rights giving them power to speak out. Female Genital Mutilation (FGM) is a direct result of not educating a child. I had a chance of talking to medical practitioners who all agrees that FGM has no medical benefits.

What is Female Genital Mutilation?

This is a procedure that intentionally alter or cause injury to the female genital organs. This involve partial or total removal of the external female genitalia, or other injury to the female genital organs such as narrowing of the vaginal opening through the creation of a covering seal. The seal is formed by cutting and repositioning the labia minora, or labia majora, sometimes through stitching, with or without removal of the clitoris (clitoridectomy). Other harmful procedures such as pricking, piercing, incising, scraping and cauterizing the genital area may be used. To allow intercourse or to facilitate childbirth the woman who has been infibulated will have the seal cut.

The reasons why female genital mutilations are performed in Zimbabwe vary from one region to another as well as over time, and include a mix of sociocultural factors within families and communities. This is a subject that is not widely discussed and even the women who are infibulated are discouraged to talk about it as a price for the man who is to marry her. It is often considered a necessary part of raising a girl, and a way to prepare her for adulthood and marriage. FGM is often motivated by beliefs about what is considered acceptable sexual behaviour. It aims to ensure premarital virginity and marital fidelity. Many communities believe that it reduces a woman’s libido and therefore believed to help her resist extramarital sexual acts. When a vaginal opening is covered or narrowed, the fear of the pain of opening it, and the fear that this will be found out, is expected to further discourage extramarital sexual intercourse among women. Where it is believed that being cut increases marriageability, FGM is more likely to be carried out. FGM is associated with cultural ideals of femininity and modesty, which include the notion that girls are clean and beautiful after removal of body parts that are considered unclean, unfeminine or male.

The practice is mostly carried out by traditional circumcisers, who often play other central roles in communities, such as attending childbirths. In many settings, health care providers perform FGM due to the erroneous belief that the procedure is safer when done by medically trained personnel. This painful practice violates a girl’s rights to health, security and physical integrity, the right to be free from torture and cruel, inhuman or degrading treatment, and the right to life when the procedure results in death.

Why it should not be practised.

The procedure is done for non-medical reasons and has no health benefits for girls and women. Procedures can cause severe bleeding and problems urinating, and later cysts, infections, as well as complications in childbirth and increased risk of new-born deaths.

With increasing numbers of girls being circumcised, it became apparent that more needed to be done. Although more people are aware of FGM the majority are not aware of it and it is difficult to know how many girls are at risk. However, communities that practise FGM do so for a complex set of reasons and the procedure has existed for many generations. Just shouting that it’s wrong isn’t going to change hearts and minds. An important step in the fight to stop FGM is to reach out to and work in partnership with politicians, religious leaders, traditional leaders and parents raise awareness for them to understand the magnitude of the problem. I have taken a keen interest in advancing children’s rights by campaigning, writing articles on social medias, producing documentary films and lobbying our leaders.

Voicing concerns is important, but it’s practical action that will have the most effect. Lastly, staying vigilant. Most girls who usually undergo female genital mutilation will be young, possibly not fully aware of what is happening to them. In most cases they may not be able to speak out. It’s important to watch for potential warning signs which could be: A girl may talk about visiting relatives for a special ceremony or event and a holiday that includes additional time away before, or at the end of, the summer holidays, encroaching on school time, withdrawal signs and school performance decline.
Every child matters. Let us do everything possible to protect children and the vulnerable in our societies.

For more information see also WHO.